Chinese people do not have the same concept of privacy as Americans do. They talk about topics such as ages, income or marital status, which Americans think is annoying and intrusive.

In China, elders are traditionally treated with enormous respect and dignity while the young are cherished and nurtured. In America, the goal of the family is to encourage independence, particularly that of the children. Unlike the Chinese, older Americans seldom live with their children. 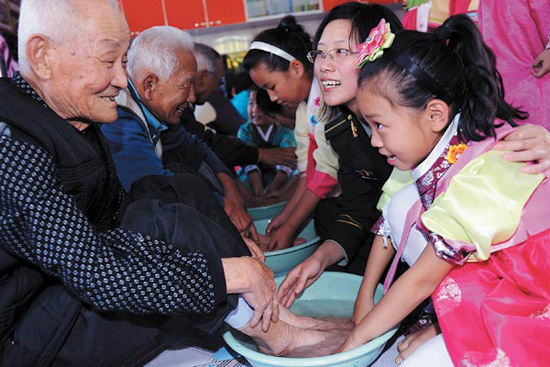 Washing feet is a traditional way of displaying filial piety as students from the Korean ethnic group showed in Tumen, Jilin province, on the eve of the Chongyang Festival. The event celebrates the elderly and offers an opportunity to pay them respect. [Photo/Xinhua]

Chinese people have different meanings to define friends. Just hanging out together time to time is not friendship. Friendship means lifelong friends who feel deeply obligated to give each other whatever help might seem required. Americans always call people they meet friends, so the definition of friends is general and different. There are work friends, playing friends, school friends and drinking friends. 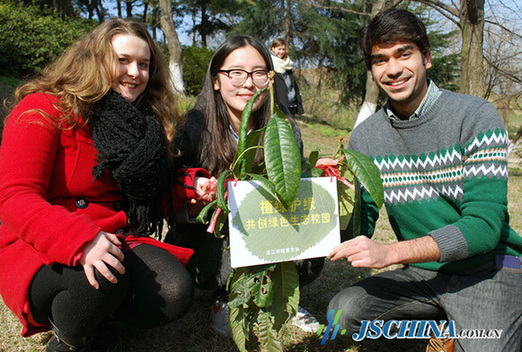 Some students at Jiangsu University in Zhenjiang planted trees with their foreign friends to celebrate the Tree Planting Day on March 12.[Photo/english.jschina.com.cn]

As is well known, the Chinese like to save. They are always conservative when they are planning to spend money. It is different in the USA, where far fewer families are saving money for emergencies and education than their Chinese counterparts.

Chinese people value education and career more than Americans, who in turn put more emphasis on good character and faith. 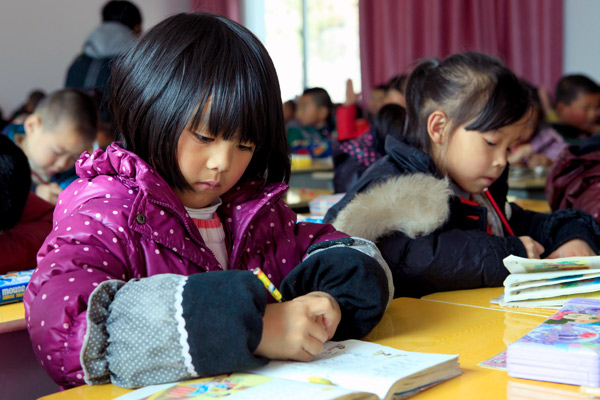 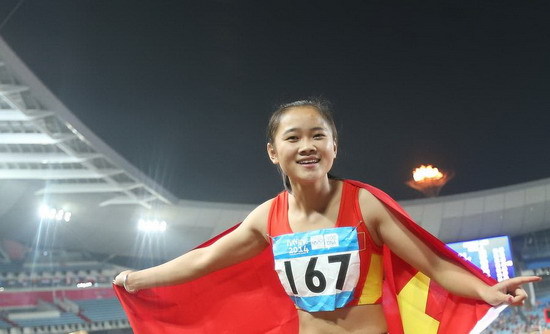 How China aims to limit the West’s global influence

How China has become America’s equal, as showcased at a Harvard...

How People In China Afford Their Outrageously Expensive Homes

The State Department is tilting dangerously toward China

Why one writer is fighting to call China’s Communist Party to...

The Guardian view on the Vatican and China: an ideological struggle

Here’s what a showdown between US and Chinese aircraft carriers would...

Beijing is more worried about domestic issues than its trade war...

China’s interference in the 2018 elections succeeded — in Taiwan

China’s internet censorship under fire – but proposal against controls gets...

Why Trump will never win his new cold war with China?