Chinese military technology is reaching “near-parity” with the West, a new report from the London-based think tank IISS has found. Western dominance in advanced military systems can no longer be taken for granted.

China accounted for a third of Asia’s military spending in 2016 and was looking to sell more arms abroad, the International Institute for Strategic Studies (IISS) said in a report on Tuesday. 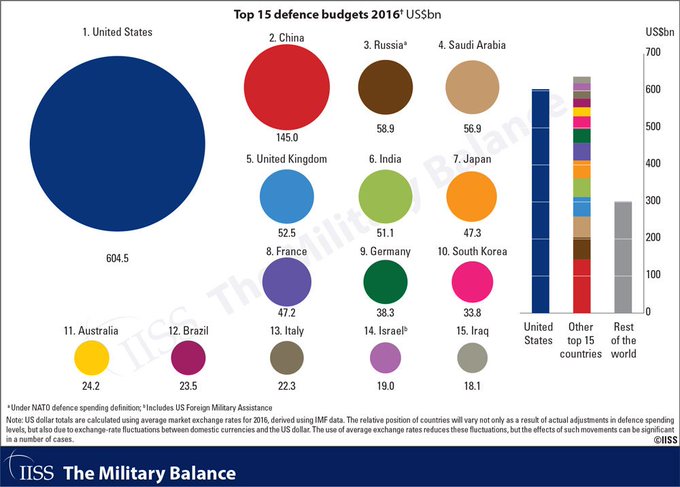 On air power, China “appears to be reaching near-parity with the West,” IISS said, adding that Chinese-made drones had been seen in Nigeria and Saudi Arabia.

Its sales in Africa had moved beyond Soviet-era designs to exports of systems designed in China itself, the think tank’s report found.

China’s air force had introduced a “highly capable” short-range missile in a class only a handful of leading aerospace nations had been able to develop, it added.

With tensions running high in NATO, it seems the alliance is in sore need of a fresh course on Russia and a new deal on security. A former US ambassador to Moscow and an ex-German envoy to NATO gave their takes to DW. (12.02.2017)

Across all nations, there was a “growing proliferation of lethality,” the IISS concluded, warning the West that increasing sophistication was “complicating” its military options.

In a reference to NATO, the institute said European nations were “only gradually” increasing their defense spending, an issue highlighted by the new US President Donald Trump.

Only two European NATO nations – Greece and Estonia – met the aim of spending 2 percent of their gross domestic product (GDP) on defense in 2016, concluded the IISS.

Both British officials and the IISS emphasized that the UK’s defense budget is still the largest in Europe. 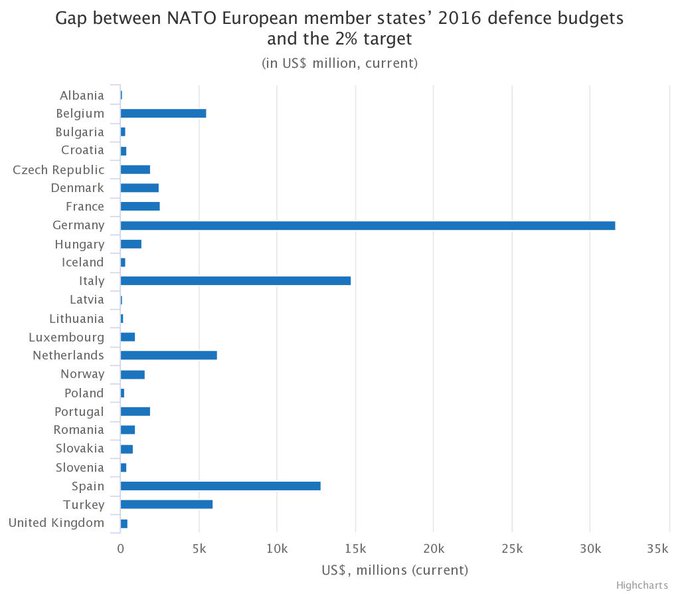 With $60 billion in spending, Russia remained the “principle security concern,” said the think tank. It stressed that Russian equipment outranged the missile and rocket artillery systems of NATO’s most capable power, the USA.

“The Kalibr cruise missile, for instance, is being fitted to an array of Russian naval vessels – including an arctic patrol vessel,” it said.

NATO would need to “refocus” on spending targets that lead to real capability improvements among systems that were increasingly complex, the IISS recommended.

Ahead of NATO talks in Brussels on Wednesday and the Munich Security Conference next weekend, NATO head Jens Stoltenberg admitted that the “picture is still mixed” with some allies “really struggling.”

He was responding to a question about budget constraints in Italy, which is trying to reduce its budget deficit following the euro zone crisis.

How People In China Afford Their Outrageously Expensive Homes

Here’s what a showdown between US and Chinese aircraft carriers would...

China and India are guarding against the preposterous

China’s choices narrowing as it burns through FX reserves to support...

How do you frustrate a CIA hacker? Show them Chinese