On the campus of Harvard Business School this past weekend there was little doubt among corporate leaders and investors gathered for an annual conference that China had arrived as an equal to the United States.

Keynote speeches, panel discussions and a business pitch competition at the 20th annual Harvard China Forum convened under the theme “Sharing the Road Ahead” in English

This year’s thematic certitude differs from years past. Consider, for example, “Can China Lead?” in 2014 and “Building Chinese Confidence” in 2008. There were also previous themes suggesting the hopes of a country-in-waiting: “Unfolding the Chinese Dream” in 2015 and “Keeping Up the Momentum” in 2009.

Lei Jun, founder and chief executive of the Chinese smartphone maker Xiaomi, embodied the spirit of this year’s event. As he addressed the crowd of about 1,000 gathered for a standing-room-only opening ceremony, Lei articulated his business strategy based on technological superiority rather than the lowest price.

“Word of mouth can do the work of a marketing department if the customer’s expectations are exceeded,” Lei said, explaining that positive reviews for Xiaomi’s products have allowed the company to nearly eliminate the kind of expensive marketing campaigns that the world’s largest consumer electronics makers run. “It’s no longer just about cheap things.” 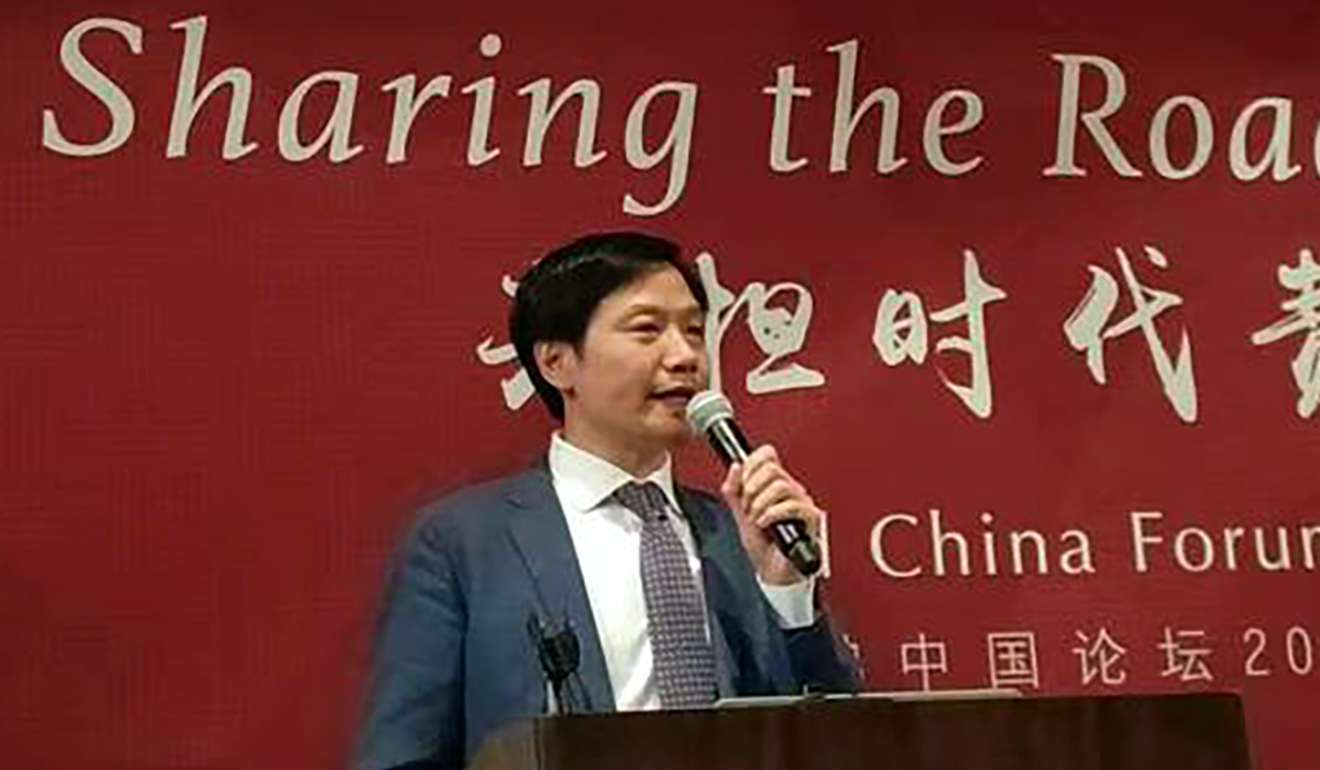 That has freed up resources to develop technical solutions that allow its products to compete with global brands and outperform them in some parameters. For example, Xiaomi’s Mi Band – a competitor to Fitbit’s fitness tracking band – is splash proof and can go as many as 70 days without recharging, which Lei claimed no competing products can offer.

Lei has reputable, third-party validation behind him. As tech news publisher CNET reported last year, Fitbit’s slice of the wearables market “took a nosedive” starting in 2015 because of demand for the Apple Watch and the Mi Band.

Now Apple may need to worry. During Lei’s presentation, he gleefully referred to a report on the website The Verge about Xiaomi’s launch of a bezel-free phone last year. The headline: “Did Xiaomi just pre-empt the iPhone 8?”

Executives from China urge students in US to come home

A strong focus on technology in recent years at the Harvard-China event reflects the importance startups now play in global economic leadership and explains why – at least so far – the two countries have managed to coexist rather than fight.

“For the very first time in the history of the world we see the rise of a new power, which is peaceful because the resources we’re fighting for are intellectual and science and technology’s an endless frontier,” said Zhang. “I see nowhere else besides the US and China where technology is developing so quickly, but also wealth creation through technology.”

Influenced by the success of Silicon Valley giants like Google and Facebook, financing tech innovation in China has ballooned in recent years, making the US and China the world’s two largest venture capital markets.

Venture capital investments in China hit an all-time high last year despite a global slowdown, with over US$31 billion worth of venture capital pouring in through more than 300 rounds of investment, according to KPMG’s fourth-quarter Venture Pulse report.

Such robust investment has helped China take the lead in offline payments through apps such as WeChat and AliPay as well as other forms of online finance technology, allowing the country’s growing ranks of consumers to leapfrog the need to apply for credit cards.

These innovations cross-pollinate with systems in the US, said Hans Tung, managing partner at Menlo Park, California-based GGV Capital. “For the most part, Americans have a need to look outside for inspiration and for the next 10 years you’re going to see a lot of that going both ways [between the US and China].”

This move towards an equal footing in tech innovation and the broader economic context – China’s contribution to global GDP is expected to surpass that of the US as soon as next year – has shaped the evolution of the Harvard China Forum. What started as mostly one-way learning has turned into a balanced give-and-take.

Tech innovation has become a significant part of the “ballast” of business ties that have kept China-US relations on course, John Holden, a non-resident Carnegie Endowment for International Peace Fellow, said in an interview on the sidelines of the forum.

“The amount and depth of the voluntary cooperation that’s happening in business [between the US and China] is enormous”, Holden said.

These ties, tech-related and otherwise, have kept China-US relations stable in spite of political tension caused by flashpoints such as China’s island-building in the South China Sea and the US military’s construction of a missile defence system in South Korea.

The Harvard China Forum’s first edition in 1998 convened under the not-so-auspicious theme of “The Asian Financial Crisis”. And not surprisingly, organisers had trouble raising money for the event.

Students who founded the forum had to resort to creative fundraising, including a fashion show, to pull the inaugural event together. That group of students included Lee Zhang, who delivered a keynote speech at this year’s event as the chief executive of iKang Healthcare Group.

“At that time, we wanted to have a platform for people from China and the US to discuss and elaborate positions from both sides, which was rare then,” Lee Zhang said.

The days of creative financing of the event are over. Partners and sponsors of this year’s conference include China Telecom, EY and WeChat.

“The scale is much bigger and there’s a lot more money behind this,” the Carnegie Endowment’s Holden said about the difference between this year’s Harvard China Forum and the first time he spoke at the event in 1999 when he was president of the National Committee on US China Relations.

iKang’s Zhang pointed out another difference.

China’s interference in the 2018 elections succeeded — in Taiwan

Worry about war with North Korea

Can China fix its mammoth water crisis before it’s too late?

In Dealing With China, Modi’s Running Out Of Options