For years after it took control of Hong Kong from Britain, China kept its military in the city on a low profile.

Its presence was largely symbolic and People’s Liberation Army troops were rarely seen outside their main barracks in Hong Kong’s Central district or other smaller facilities across the territory.
But, 20 years after the handover, the Chinese military garrison here is taking on a more active role, according to a recent article in a Communist Party journal, with the PLA conducting drills and war games in the territory.
The article comes amid speculation that Beijing may be sending its prized aircraft carrier to Hong Kong in a show of military might not seen since it made the territory a special administrative region, with its own set of laws, in 1997.
The carrier, with its complement of J-15 fighter jets and escorted by two destroyers and a frigate, left the eastern Chinese port of Qingdao on Sunday on a routine mission, China’s state-run Xinhua news agency said Sunday.
Hong Kong handover anniversary: full coverage 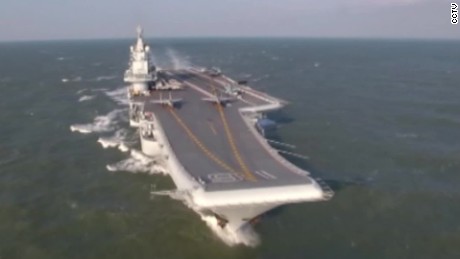 China’s aircraft carrier prowls the Pacific 01:06
“[The garrison] has been adapting to the new situation and task requirements and transformed from a symbolic presence to a show of force, from image building to combat capability development,” according to the article, which appeared in the latest issue of Qiushi.
The article called the PLA’s 6,000-troop garrison key to defending Hong Kong, and said the garrison was studying “potential safety risks” to the region of 7.3 million people.
The Qiushi article carried the bylines of Vice Adm. Yuan Yubai, the recently appointed commander of the PLA’s Southern Theater Command, and Wei Liang, the political commissar of Southern Theater Command.
While saying their combat role would increase, the Qiushi article said the Hong Kong garrison still had an important political role to play.
“Hong Kong is a forefront of the east-west clashes of ideology and values,” it read. “The soldiers face long-term grim challenges of ideology and debauchery.”
Hong Kong-based troops need to “prevail in ideological combat … and stay absolute loyal, pure and reliable,” it said. 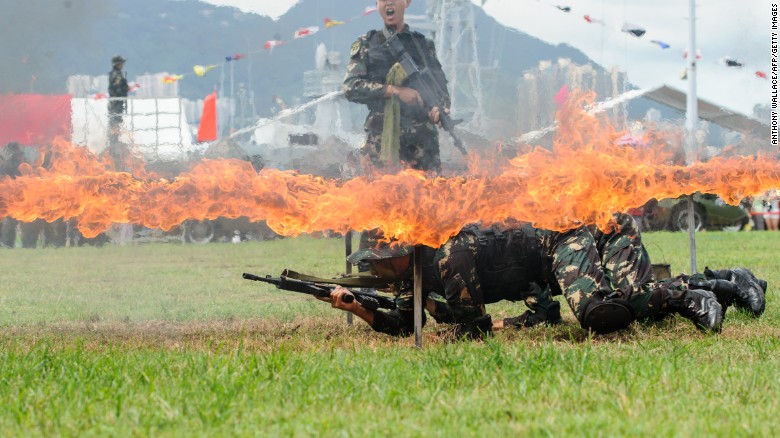 PLA soldiers crawl under a burning frame during a demonstration at the open day of the Chinese People’s Liberation Army (PLA) Navy Base at Stonecutter Island in Hong Kong on July 1, 2016.

Reminder of China’s ‘power and strength’

Analysts agree that the move strengthens Beijing’s hand in Hong Kong on two fronts.
“A well trained and equipped military force is better positioned to deal with threats to Beijing’s control of the city than a poorly trained symbolic garrison unit,” said Timothy R. Heath, a senior defense analyst at the RAND Corp think tank in Washington, DC.
“The professionalization of the PLA garrison force also serves a political purpose in instilling patriotism among Hong Kong residents and reminding them of China’s power and strength,” Heath said in an email to CNN.
It also is a message that Beijing doesn’t find Hong Kong that special anymore, analysts say.
“The Chinese government is trying to turn Hong Kong into just another Chinese city,” said Ely Ratner, senior fellow in China studies at the Council on Foreign Relations in Washington. 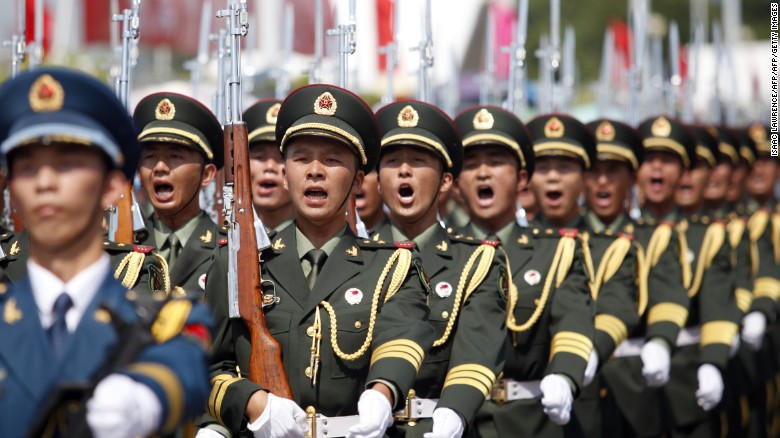 In October, the PLA held an exercise in Hong Kong’s New Territories simulating retaking parts of the region from an armed occupying force. It was the second straight year that war games had been put on in Hong Kong before a crowd of invited guests, according to the South China Morning Post.
Then in November, members of the Hong Kong garrison joined other forces from Southern Theater Command for joint drills with forces from Malaysia in that country. It was the first time China announced Hong Kong forces taking part in an overseas drill, according to a report in the state-sanctioned Global Times. 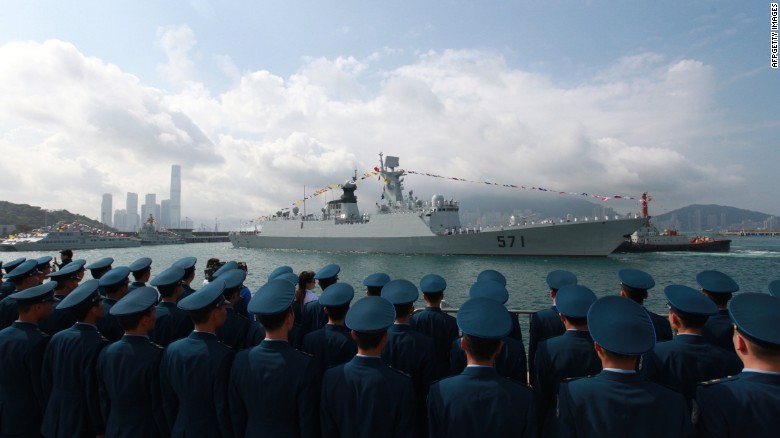 And, if media speculation around East Asia is correct, the PLA may be sending its biggest asset, the 1,000-foot-long aircraft carrier Liaoning, to Hong Kong shortly after the handover anniversary celebrations.
While Xinhua said it was going on a routine training mission, the Chinese-language Sing Tao Daily in Hong Kong, citing unidentified sources, said the Liaoning would call there on July 7, a visit that would coincide with the 80th anniversary of the Japanese invasion of China in the early days of World War II.
The aircraft carrier would be open for tours for Hong Kong residents, according to the Sing Tao report.
Global Times reported on the possible carrier visit on Sunday, citing the Sing Tao report.
The carrier’s visit would send a message, Global Times said.
“The ship’s appearance in Hong Kong, if real, will attract the world’s eye to the region, show the strength of Chinese military, and hold separatist forces in awe,” the report said, citing an anonymous military expert.
Heath, the RAND analyst, said the carrier visit would target Hong Kong’s younger generations.
“The Liaoning’s visit signals Beijing’s desire to promote patriotic, pro-China feelings among its young people. The PRC government wants to reinforce the message that it has made China strong and will lead the country to revitalization as a great power,” he said.

The Pitfalls of Law Enforcement Cooperation With China

Why would people from China, the world’s second-biggest economy, risk their...

China and EU strengthen promise to Paris deal with US poised...

Trump’s pick for ambassador to China says he will work with...

China’s new national security law and what it means for Hong...

China has transformed its military to ‘fight and win wars’, Pentagon...