ext week Donald Trump and the Chinese president, Xi Jinping, travel to Europe for a G20 summit in Hamburg. Who do you think will attract the most protests? Very probably Trump. But what about attitudes towards the Chinese leader, whose regime is currently preventing the Nobel peace prize winner Liu Xiaobo from travelling freely to receive cancer treatment in a place of his choice? Surely this scandal warrants a strong reaction. 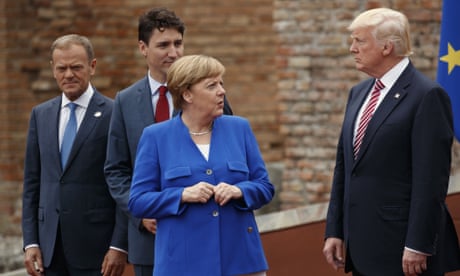 Yet Liu’s oppressors are counting on silence. Hamburg is a unique occasion to try to help an iconic dissident and, more than that, to push back against autocracy and defend universal values. Will this happen? Will the protesters readying themselves to descend on the city also carry “Free Liu!” banners?

Like Nelson Mandela and Andrei Sakharov in their time, Liu is a symbol of the struggle for dignity and human rights across the world, not just in his own country. His bravery is indisputable, his cause is universal, and his plight is scandalous.

His illness was recently revealed. He is dying, and he is kept under duress. His friends say he wants to travel outside China with his wife. The Chinese leadership has so far refused the request. It treats him as a criminal. In short, it is intent on making everyone forget about Liu. That’s how dictatorships operate.

So who will cry out Liu’s name in Hamburg? Alongside the anarchists and radical leftwing activists, hardline militants are promising to create a “hell” of demonstrations. There’s hardly any sign they have Liu in mind. More importantly, Europe’s leaders should be preparing to speak with one voice on upholding a rules-based global order: will they include UN human rights conventions in that?

Angela Merkel, the host of a summit being held in the city of her birth, has made it plain that confronting Trump on climate change, trade and multilateralism are her priorities. “If you believe you can solve the problems of this world with isolationism and protectionism you are very wrong,” she’s warned. She’s laid out the question that stands before Europe: “What role will the continent play in the years to come?” Note: she hasn’t said much about dealing with Xi on human rights.

It’s easy to ascribe this to the cynicism that comes with protecting business interests: China is an important economic partner for Germany, and its political leverage increases with every investment or buy-up it secures in other European countries too. Witness Greece vetoing an EU condemnation of China’s human rights record at the UN in June.

But a larger diplomatic factor is in play: China has positioned itself as a power that might help Europe counter Trump’s views on climate and trade, and is fast capitalising on Europe’s need for its cooperation – as Xi’s performance in Davos, to loud applause, illustrated.

Here’s the crux, however: Europe feels on the up these days, and wants to show it is more confident. Its leaders insist that, with Trump in the White House, there is a growing need to be steadfast on one of the EU’s key principles: an open world where individual rights and international norms are protected, not threatened.

Citizens want that too. The supporters of autocrats such as Vladimir Putin – Xi’s international ally – have, after all, hardly come out victorious in recent elections across the continent. Against that backdrop, surely Liu’s case is one on which Europe’s voice must be heard much more clearly and combatively.

Liu’s tragedy is not just about one man – nor is it something Europe should minimise. Liu was imprisoned for penning Charter 08, a political manifesto calling for basic freedoms in China that was inspired by the history of eastern European dissidents in the communist bloc. Its particular reference was to Czechoslovakia’s Charter 77, with Václav Havel at its helm. He went on to become president of his country in 1990, and in many ways acted as a moral voice in Europe.

At a time of democratic backsliding in eastern Europe, a wholehearted defence of Liu would help cement the EU’s commitment to its values, and demonstrate an awareness of what courage can do in politics. The “power of the powerless” (to quote the title of one of Havel’s memorable texts) is what Liu symbolises.

Memories of this part of Europe’s history should be rekindled – they carry urgent messages for today. And there is another special European responsibility here: like Liu, the EU was awarded the Nobel peace prize (in 2012), in recognition of six decades of work in promoting “peace and reconciliation, democracy and human rights”. 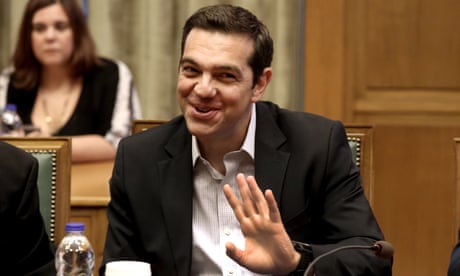 Sadly, as Liu’s fate hangs in the balance there has been only a modest level of support for him in official EU statements. France, it is true, has indicated it would be ready to welcome him. European diplomats in Beijing are said to be closely following Liu’s situation. But as worthy as these steps may be, they fall short of expressly – and officially – addressing the significance of what is at stake. Liu’s battles should rank alongside those of other globally applauded emblems of nonviolent resistance to oppression, such as Martin Luther King or Aung San Suu Kyi.

Xi is coming to Europe and will appear before the world’s cameras at the first Trump-era G20. Now is the time for Europeans who care about the world they want to live in to show some solidarity on human rights – not just on climate and trade. Now is the time for some naming and shaming. If the Chinese leader gets through this summit without any pressure over Liu’s full freedom, the illiberal state model he promotes will only be strengthened. No one would stand to gain.

Targeting Trump in Hamburg is understandable, but we can confidently hope America’s democratic system will one day get the better of him. There are no such checks and balances in China, as Hong Kong dissidents well know. Chinese human rights activists have only their courage to count on, and the hope that the outside world, its citizens and its democratic governments, will somehow show support.

If you’re getting ready to protest in Hamburg, think about Liu Xiaobo. This is the time and place to act: to show you care about one man’s brave struggle against a regime’s impunity. It wouldn’t be about “western imperialism”: it would be about people power. Remember the man who in 1989 stood in front of a column of tanks in Tiananmen Square. Liu is like that man.

By Natalie Nougayrède
The Guardian

China and Russia could cripple the US with a space attack,...

Is a China-Centric World Inevitable?

Australia ramps up rivalry with China for influence in the Pacific

Optimism and confusion in Seoul over Trump-Kim summit