CHINA is pushing the boundaries of its new-found military might, sending an advanced spy ship to monitor Australia’s largest international war game.

It comes amid what a US military official describes and an unusual and unexpected surge of Chinese surveillance activity.

Similar spy ships have in recent weeks been observed off the coasts of Alaska, Guam, India — and now Queensland.

The Department of Defence has confirmed to the ABC that the Chinese spy ship has been loitering in international waters, monitoring and recording communications, radar signals and movements.

Talisman Sabre is a combined naval, air and ground force exercise intended to test and develop the interopability of Australian and US forces. It’s currently underway off the coast and on military training grounds in Queensland.

It’s also the first time one of Australia’s new helicopter-dock troop ships, HMAS Camberra, has been involved in such a high-intensity event. 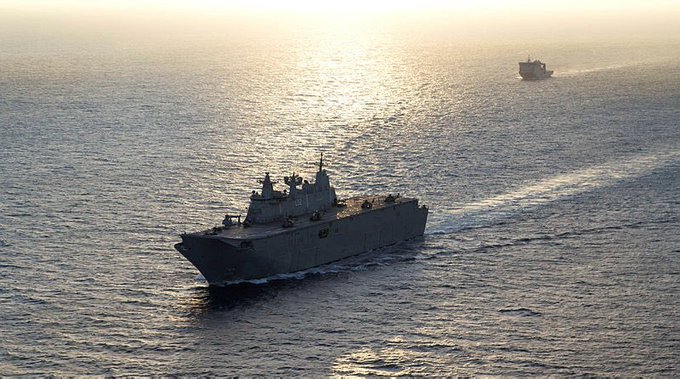 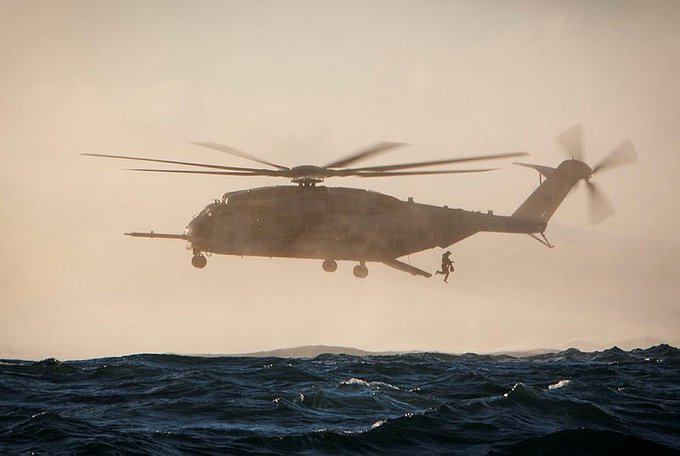 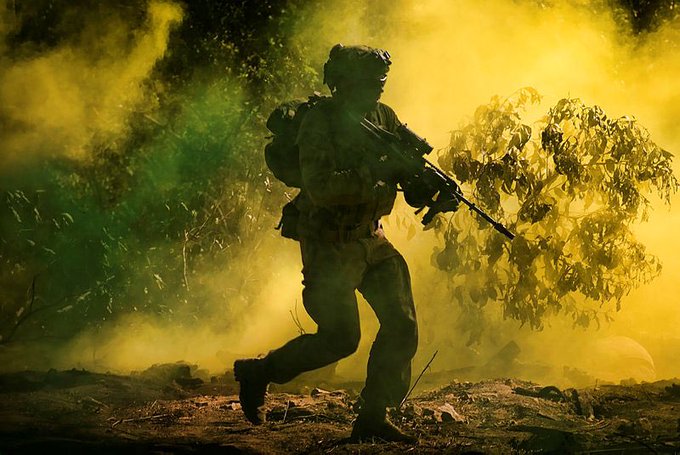 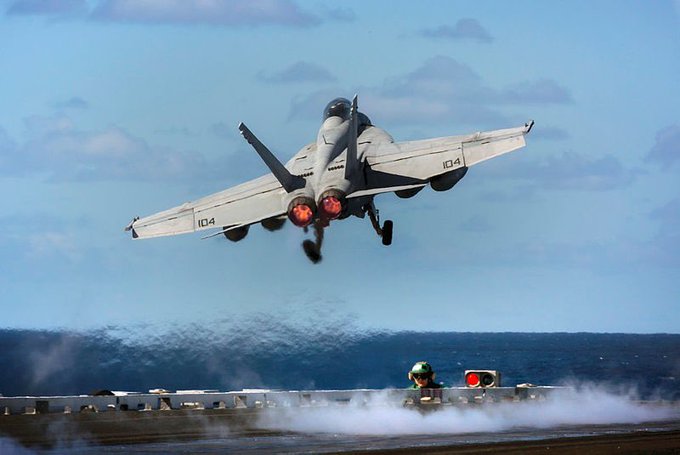 “The Chinese vessel has remained outside Australian territorial waters but inside the Australian Exclusive Economic Zone in the Coral Sea,” the department said. “The vessel’s presence has not detracted from the exercise objectives,” it added

It is one of the newest and most advanced spy ships in the world.

The Lowy Institute’s Euan Graham told the ABC the ship’s presence was potentially a first, as well as a provocation.

“At the moment what we see is a double standard where China picks the areas of the Law of the Sea that it likes and refuses to implement those that it doesn’t,” Dr Graham said.

The appearance of the spy ship comes just days after similar surveillance vessels appeared off the coasts of Alaska, India and Guam.

India has also been engaged in large-scale military exercises in the Bay of Bengal with US and Japanese forces.

The Malibar exercise involved about 15 warships (including three aircraft carriers), two submarines and dozens of combat jets and helicopters. A Chinese spy ship was once again observed watching from international waters.

Earlier, India noted an unusual but sudden increase in the number of Chinese warships and submarines operating in the Indian Ocean. More than 13 warships are now active in the region, up from four last year. 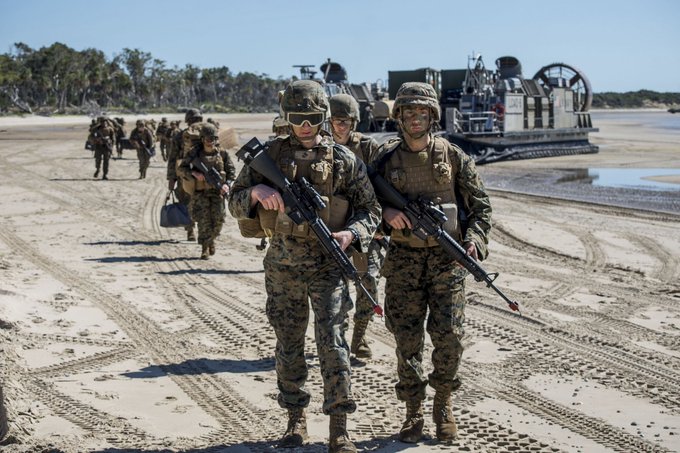 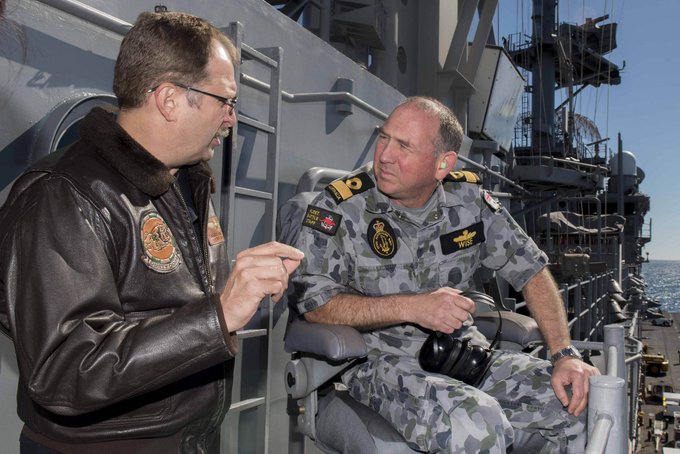 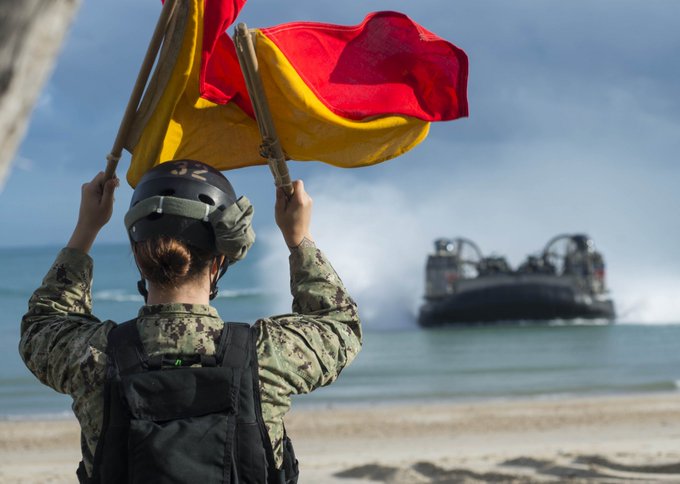 Last week US media reported the presence of a Chinese ship off the coast of Alaska, believed to be monitoring the successful test of an advanced antimissile system. Another was observed off the major US naval and air base on the Pacific Island of Guam.

A spokesman for the North American Aerospace Defense Command said the ship was believed to be a “communications” or “intelligence” vessel.

WARNING: China says ‘you will suffer more’ in any conflict

The test of the Terminal High Altitude Area Defense (THAAD) missile defence system, which has controversially been deployed to South Korea, was in response to recent ballistic missile tests by North Korea.

The same official told CNN that the US had observed similar Chinese vessels in recent days sailing off the coast of Guam and shadowing a joint US-Australia military exercise named Talisman Sabre. The official added this level of activity was unusual.

Joint military operations help strengthen the crucial alliance between US and Australian forces, which is essential to peace and stability in the Asia Pacific region, an American Rear Admiral says.

And while Charlie Williams doesn’t think there’s an elevated risk in the region following North Korea’s recent missile launches, he believes there needs to be a constant presence around its busy shipping lanes and airspace.

“I think that the risk in the Asia Pacific has always been the fact that it is highly trafficked and such an incredibly important region in the world,” he told reporters aboard his fleet’s flagship, the USS Ronald Reagan.

Rear Admiral Williamsspoke to Australian media who were aboard the 333-metre aircraft carrier, about 650km off the coast of Brisbane, to see exercises conducted under the biennial Talisman Sabre operations.

After taking part in Talisman Sabre operations, the USS Ronald Reagan will return to its home base in Japan.

High Noon in the Himalayas: Behind the China-India Standoff at Doka...

How the world is grappling with China’s rising power

Here’s a win-win solution for the U.S. and China on North...

‘This is just the start’: China-Australia tensions brought to the surface

China’s internet censorship under fire – but proposal against controls gets...

China sees cyber espionage as a ‘necessary’ part of its national...

Trustworthy inquiry into police behaviour can put Hong Kong on the...

Why Taiwan Is America’s Best Asset Against China

Trump is a bigot and a hypocrite, but he’s right to...