On a remote pass through Himalayan peaks, China and India, two nuclear-armed nations, have come near the brink of conflict over an unpaved road. It is one of the worst border disputes between the regional rivals in more than 30 years.

The road stands on territory at the point where China, India and Bhutan meet. The standoff began last month when Bhutan, a close ally of India, discovered Chinese workers trying to extend the road. India responded by sending troops and equipment to halt the construction. China, the more powerful of the two, angrily denounced the move and demanded that India pull back.

Now soldiers from the two powers are squaring off, separated by only a few hundred feet.

The conflict shows no sign of abating, and it reflects the swelling ambition — and nationalism — of both countries. Each is governed by a muscular leader eager to bolster his domestic standing while asserting his country’s place on the world stage as the United States recedes from a leading role.

Jeff M. Smith, a scholar at the American Foreign Policy Council who studies Indian-Chinese relations, said a negotiated settlement was the likeliest outcome. But asked whether he thought the standoff could spiral into war, he said, “Yes I do — and I don’t say that lightly.”

Both sides have taken hard-line positions that make it difficult to back down. “The messaging is eerily similar,” Mr. Smith said, to the countries’ 1962 slide into a war that was also over border disputes.

Why the Territory Matters

On the surface, the dispute turns on whether the land belongs to China or Bhutan. It is only about 34 square miles, but it is pivotal in the growing competition between China and India over Asia’s future.

The dispute dates to contradictory phrases in an 1890 border agreement between two now-defunct empires, British India and China’s Qing dynasty, that put the border in different places. One gives Bhutan control of the area — the position that India supports — and the other China.

“This comes down to both countries having a reasonable claim,” said Ankit Panda, a senior editor at The Diplomat, an Asian affairs journal.

Bhutan and India say that China, by extending its road, is trying to extend its control over an area known as the Dolam Plateau, part of a larger contested area.

The plateau’s southernmost ridge slopes into a valley that geographers call the Siliguri Corridor but that Indian strategists know as the Chicken Neck.

This narrow strip of Indian territory, at points less than 20 miles wide, connects the country’s central mass to its northeastern states. India has long feared that in a war, China could bisect the corridor, cutting off 45 million Indians and an area the size of the United Kingdom.

Few countries have been eager to confront China’s regional ambitions as directly with military forces, which has made India’s response to the construction so striking and, according to analysts from both countries, so fraught with danger.

But in recent months, India’s leader, Prime Minister Narendra Modi, has shown that he is willing to flout China’s wishes — and ignore its threats. 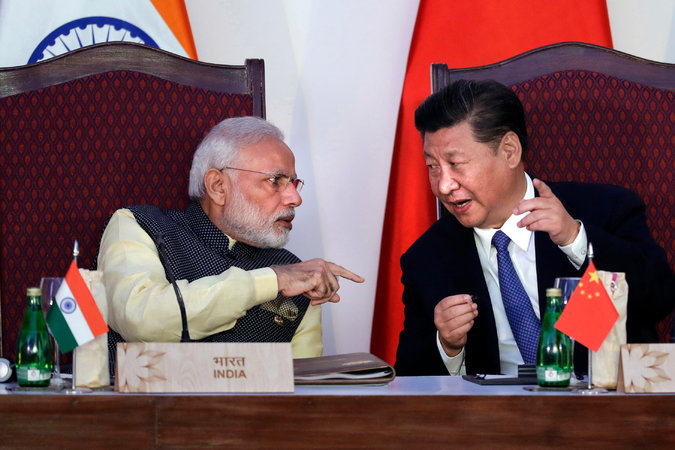 Prime Minister Narendra Modi of India and President Xi Jinping of China in Goa, India, in 2016. The border confrontation has soured relations. Both men attended the recent G-20 meeting in Germany but did not hold a one-on-one meeting that might have defused tensions. CreditManish Swarup/Associated Press

In April, a top Indian official accompanied the Dalai Lama to the border of Tibet, shrugging off China’s public insistence that the journey be halted. In May, India boycotted the inauguration of President Xi Jinping’s signature “One Belt, One Road” project, saying the plan ignored “core concerns on sovereignty and territorial integrity.”

The border skirmish arose even as Mr. Modi visited Washington to court President Trump’s favor as India vies with China for influence in Asia.

“I hope the Indian side knows what it’s doing, because the moment you put your hand in the hornet’s nest, you have to be prepared for whatever consequence there is going to be,” said Shiv Kunal Verma, the author of “1962: The War That Wasn’t,” about the bloody border conflict the two countries fought that year.

Chinese officials say the construction of the road was an internal affair because, they say, it took place within China’s own borders. On Tuesday, China’s foreign minister, Wang Yi, reiterated the country’s warning to India to withdraw as a precondition for any broader talks. “The solution to this issue is also very simple,” he said during a visit to Thailand, addressing the Indians directly. “That is, behave yourself and humbly retreat.”

Bhutan, Caught in the Middle

Bhutan, which joined the United Nations in 1971, does not have diplomatic relations with China. It has always been closer to India, particularly after fears stemming from China’s annexation of Tibet, another Buddhist kingdom, in the middle of the 20th century.

Since then, India has played a central role in the kingdom’s administration, contributing nearly $1 billion in economic and military aid annually in recent years. China has sought to woo Bhutan with its own offers of aid, investments and land swaps to settle border disputes.

Two weeks after the construction began, Bhutan’s Foreign Ministry issued a statement saying it violated earlier agreements, and called for a return to the status quo.

“Bhutan has felt uncomfortable from the start,” said Ajai Shukla, a former army colonel and consulting editor for strategic affairs at Business Standard, a daily newspaper in India. “It does not want to be caught in the middle when China and India are taking potshots at each other. Bhutan does not want to be the bone in a fight between two dogs.” 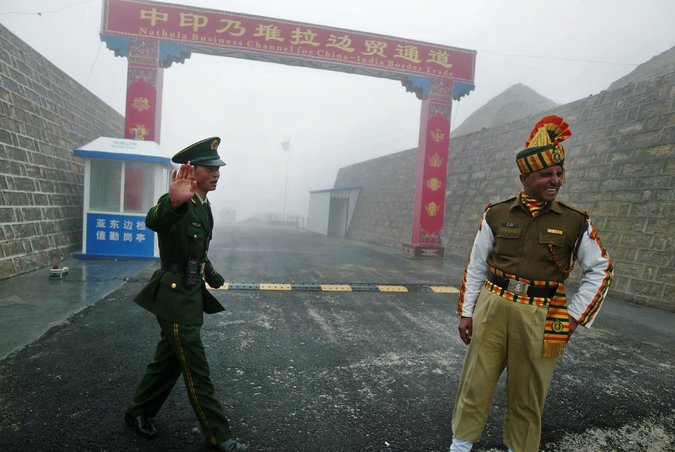 Mr. Modi and Mr. Xi both attended the recent Group of 20 meeting in Germany but did not hold a meeting, one on one, that might have defused tensions. India’s national security adviser is expected to attend a meeting in Beijing this week, which analysts say could signal whether any face-saving compromise is possible.

Mr. Xi is preparing for an important Communist Party congress in the fall that will inaugurate his second five-year term as president and consolidate his political pre-eminence. Given the unbending nature of Chinese statements, few analysts believe he would do anything that would seem weak in response to India’s moves.

“It may be harder to make concessions until after that gathering,” Shashank Joshi, an analyst at the Lowy Institute, wrote in an essay posted on Friday, “while it may even suit Beijing to keep the crisis simmering through this period.”

Why Trump will never win his new cold war with China?

Trump is a bigot and a hypocrite, but he’s right to condemn China

Why Trump’s plan to use China against North Korea is probably...

4 Reasons Why Moody’s Is Wrong About China

The meteoric rise of Chinese consumerism will reshape the world, and...

How do you frustrate a CIA hacker? Show them Chinese

China’s hottest new read: ‘On Protracted War’ by Mao — with...

Pence: It’s up to China to avoid a cold war

What’s at stake for U.S. relationship with China ahead of G-20

Trump’s Letter Of Rebuke To WHO chief