A court ruling in favor of a billionaire businessman against The Sydney Morning Herald illustrates the sorry state of the country’s defamation laws.

In the decade I spent reporting from China, the most immediate obstacles to journalism were often physical. They took many forms: barricades blocking access to certain places; men in military buzz cuts trailing me; plainclothes thugs stationed in front of the homes of people I planned to interview; and of course, the threat of police detention. In one memorable incident, an official threw himself in front of the car I was riding in with colleagues to delay our departure, precipitating an unseemly shoving match. These physical manifestations of state power were designed to muzzle through intimidation and brute force, occasionally reinforced with threats of visa refusal.

Then I moved to Australia. To my surprise, writing about China from Melbourne proved no simpler. But there, I was hobbled by different forces, namely Australia’s oppressive and notoriously complex defamation laws. The challenges of such reporting were underlined recently by an Australian federal court, which awarded nearly $200,000 (about 280,000 Australian dollars) to a Chinese-Australian businessman, Chau Chak-wing, after finding that a 2015 Sydney Morning Herald article about him was defamatory. Mr. Chau, a billionaire property developer, was born in China, immigrated to Australia decades ago and is an Australian citizen. The judge ruledthat the article, which alleged that Mr. Chau, who has been a major political donor in Australia, was involved in bribing a United Nations official, used language that was “imprecise, ambiguous and loose, but also sensational and derisory.”

The judgment, against one of the country’s biggest media companies, underlines how badly broken Australian defamation laws are. These laws are impeding journalism on matters of vital national interest, including China’s growing and controversial influence, and they have made Australia the defamation capital of the world.

The case is extremely complex, but one aspect of it underlines the law’s inconsistency. Some of the most serious allegations against Mr. Chau were repeated in the Australian Parliament by Andrew Hastie, a member of Parliament. His comments were reported in the media, under the cover of parliamentary privilege, which protects lawmakers and the journalists reporting on them from being sued for defamation. Effectively, the same allegations were reported twice: the first time prompting large damages in a defamation suit, then far more widely without any penalty at all. 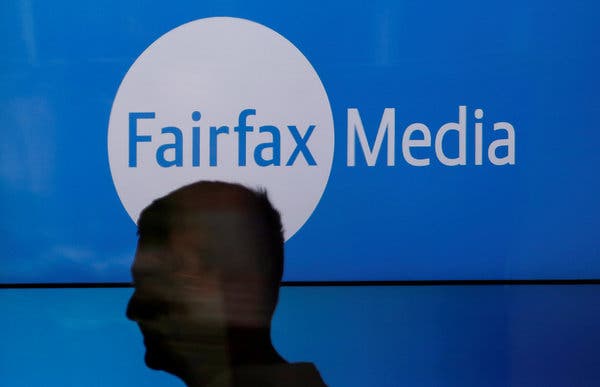 The judge also rejected arguments that the article was in the public interest. This “qualified privilege” defense has never been successfully used in a case regarding the media, according to a leading defamation law expert. The judge found that the conduct of Fairfax Media, the owner of The Sydney Morning Herald at the time, and the journalist John Garnaut was unreasonable. The paper’s new owner, Nine Entertainment, says it will appeal.

The current state of defamation laws complicate all kinds of reporting. A survey conducted in May 2018 by the Australian journalists’ union found that almost a quarter of the 1,292 respondents said they’d had a news story spiked within the previous 12 months because of fears of defamation action.

But reporters working on China-related stories feel the chill more deeply. One reporter described “unbelievable” levels of vetting to me, while another admitted to fearing being seen as a “troublemaker” in the newsroom because of the level of legal attention their China stories receive. And many of the best and most experienced Australian reporters on China are effectively muzzled from speaking out about the effect of the defamation laws because they are already involved in such lawsuits.

There is a real danger that newsrooms suffering financial pressures could steer away from important China-related stories out of fear of defamation suits. For freelancers without the backing of a major media outlet, reporting such stories is almost impossible. In 2017 the possibility of legal action was cited as one reason the publisher Allen & Unwin dumped Clive Hamilton’s “Silent Invasion,” a book about China’s role in Australia.

The terms of Australia’s engagement with China are of vital importance, since Australia — which ships a third of its exports to China — is the most China-dependent economy in the developed world. It has just introduced new foreign influence transparency lawsin the wake of a political donations scandal and a testy debate about the extent of Chinese influence inside Australian institutions. But the defamation regime means the parameters of the public debate are defined not by necessity but by lawyers.

The current system is unworkable. Australia’s unique legal situation arises out of its lack of a Bill of Rights or any explicit constitutional guarantee of freedom of speech. Against this backdrop, Australia’s defamation law tends to privilege the right to reputation over freedom of expression. Defending an action is often far costlier than settling, making the law especially punitive for media companies. According to Richard Coleman, a lawyer for the Fairfax Media group, only 10 percent to 15 percent of defamation claims against it ever make it to court. But all cases, even vexatious ones, tie up resources at media outlets already struggling with collapsing circulation, disappearing advertising and costly buyouts.

A handful of high-profile defamation cases can effectively serve as a brake on free speech. I experienced a very small taste of the law’s muzzling impact firsthand late in 2017, when I co-authored a story about the existence of a Confucius Institute within the New South Wales Department of Education, an unprecedented arrangement placing employees paid by a Chinese entity inside an Australian state government department. Our story led to a government review, which is ongoing.

Even for a China veteran, I was taken aback by the heavy lawyering for this article. The story was carefully vetted by two lawyers, who excised direct quotes, deleted people’s names and removed statistics and quotes that were already in the public domain, in Australia’s Chinese-language newspapers. They made these redactions even though no one was certain whether the Confucius Institute has standing to sue in Australian courts. The lawyers were simply doing their job, but the effect is nothing less than self-censorship.

As a result, the Australian public is less informed and less able to monitor its own institutions. National security is also at risk, especially since these defamation laws could be weaponized by authoritarian states, wielding the heightened threat of lawsuits as a cudgel to silence reporting about their activities.

A long-running review of the defamation laws, led by New South Wales, is slowly grinding onward, but an upgrade is desperately needed. The current defamation law was introduced in 2006, predating the social media era. To protect journalism, Australian lawmakers should strengthen the public-interest defense, putting in place protections for confidential sources and a single-publication rule, to stop multiple actions over the same article.

Justice is supposed to be blind, but this legal battlefield favors those with financial means, impoverishing principles like freedom of the press. The ultimate damage will be to Australia’s democracy.

Ms. Lim is a senior lecturer at the Centre for Advancing Journalism at the University of Melbourne, and a former NPR and BBC correspondent based in Beijing.

China is ill, but it goes much deeper than the coronavirus

Great powers stepping up on China

When will a coronavirus vaccine be ready?

Origin of the World

The US and its allies need to get serious about containing...